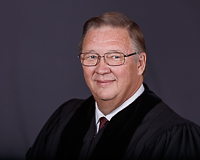 I grew up in North Carolina and was raised in a faithful Baptist home where we were brought up seeing and experiencing the importance of church. But in spite of my constant exposure to faithful Christians, good parents, and biblical preaching I had no appreciation for the spiritual wealth to which I was exposed. But God in His providence continued to confront me with the truth through His faithful saints as I began college. In His own time, God brought life to my dead heart and caused me to believe the gospel of His Son. Upon returning home after my conversion I was surprised to find that the pastor of our home church, who I previously found boring, was not only a faithful pastor but an excellent, Bible preacher. Dr. Owens became a mentor and a friend who showed much patience with an annoying, new convert.

After pastoring in several Southern Baptist Churches I was called as the organizing pastor of a P.C.A. church plant in Crossville, Tennessee. After nine years in Tennessee the Lord called us to pastor in an independent Dutch Reformed church in Kalamazoo, Michigan for five years. Then God moved us to the pastorate here in Tyler, Texas, where we have been since 2004. It is good to be back in the south. The only flaw we can find with Texas is that Texans refuse to be convinced of what every good North Carolinian knows—that BBQ requires pork and a vinegar based sauce. In light of all the blessings of being in Tyler we are slowly adjusting to that deficiency.

Jane and I have served the Lord together for over thirty years. We continue to be convinced that the ministry of the Church is a ministry that must focus on the ordinary means of grace: preaching and teaching the Bible, baptism, the Lord’s supper, prayer, and, finally, a life together in a Church where each member of the body of Christ ministers to the other with the gifts God has given them. These ordinary means are the means that God has ordained to do extraordinary things in the lives of His people. We are excited about the work of the church as God continues the reformation of His people. 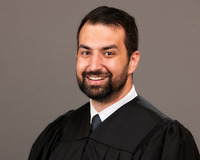 I grew up in Florida in an unbelieving home. At 17 years old, I was converted to Christ. The Lord was quick to give me a love for the church, and I began a course of study at Trinity College of Florida to pursue the pastoral ministry. It was during this time that I was first introduced to the breadth of wisdom found in the Bible and gained a love for the Scriptures. In 2010 I graduated with a Bachelor’s in pastoral ministry. After a few years of working in a manufacturing plant, I decided to continue my theological education at Greenville Presbyterian Theological Seminary and graduated with a Masters of Divinity in 2018.

In 2020, I met and married my wife Hannah and was ordained and installed as Associate Pastor here at FSPC. It is a joy to serve the body of Christ here and I hope to remain here for many years to come.